So I was recently on my annual pilgrimage to Las Vegas - I head out every year for BlackHat and DEFCON. Working in the InfoSec field, and enjoying InfoSec as much as I do - it’s sort of like a requirement. The community is quite strong and it’s always a good time. When attending the BlackHat portion, it’s more of a corporate type thing. What does this mean? Lots of free giveaways from Vendors for all different kinds of stuff!

One of the usual vendors I seek out, is F5. For the past 2 years, I had won their crypto challenge. The first year I won it was definitely the hardest, last year wasn’t as hard but still challenging, and this year was almost a bit too easy. So easy in fact, I spent too much time over thinking it and was beat by some other folks. Downside, I didn’t get to claim a hat trick; upside, I only lost out on winning a telescope and/or another Hak5 Wifi Pineapple Tetra (which I won 2 years ago from them!). So I was more bummed about missing the glory and esteem of winning 3 years in a row, than the prizes. So I was a bit soured, but I trekked on to visit some other vendors while not attending speaker sessions.

I stumbled upon the iBoss booth with an interesting looking challenge. A bunch of podiums with some type of touch enabled devices to answer some questions on a security quiz. Ok, I know this stuff pretty well, and I’m sure it’ll have some of the vendor specific stuff rooted in it too - smart marketing! So I played a round, then found out you could do it as many times as you like. Well needless to say 1 round led to 2, 3 to 5, 5 to 10 - and I stuck around for a little bit. After getting going, I came to realize this was not won by simply reading and answering, you needed to rotate through the bank of questions enough to see all the possibilities, flush out correct/wrong, and brute force it. So I did. It took a bit - probably spent a half hour, and I got myself up into the top 3 on the leaderboard - top 5 take home a prize.

So I returned the next day late in the afternoon to see the status. Well, since the previous day I had now been knocked out of even the top 5. This would not stand that I lose 2 opportunities to win free stuff again. So, put my bag down and started up again. Clearly I had to optimize the timing and stop spending so much time on each question pausing for validity of correctness - I had to be fast and just KNOW I was putting in the correct info and move along. Even if wrong, getting more questions in was worth more than spending the time to try and be 100% accurate. I got myself back into the top 5, I think 4th at this point. Only took about 25 minutes. I needed to hit up some more sessions so I bolted.

Upon my final return toward the end of the day and the time to see the final names chosen, I was dropped down again to 5th. There was probably about 30 minutes left, so I stepped up to make sure I keep myself in the top by occupying a stand (I’ll be selfish here!), continuing to work up the board, and just improving on my method. Well as luck would have it, I managed on one of my best runs to score 15 points (only 3 questions!) higher than the top guy. At the end, the 4 larger stands (computer based, not tablet based) were occupied by 3/5 top leaderboard holders (myself included) and 1 other guy trying tirelessly to get on the board. So the prize pool had a bunch of stuff but the Phantom 3 Standard and the Oculous Rift were the top prizes in value. Well you would guess I picked the Phantom, but I actually picked the Oculous! 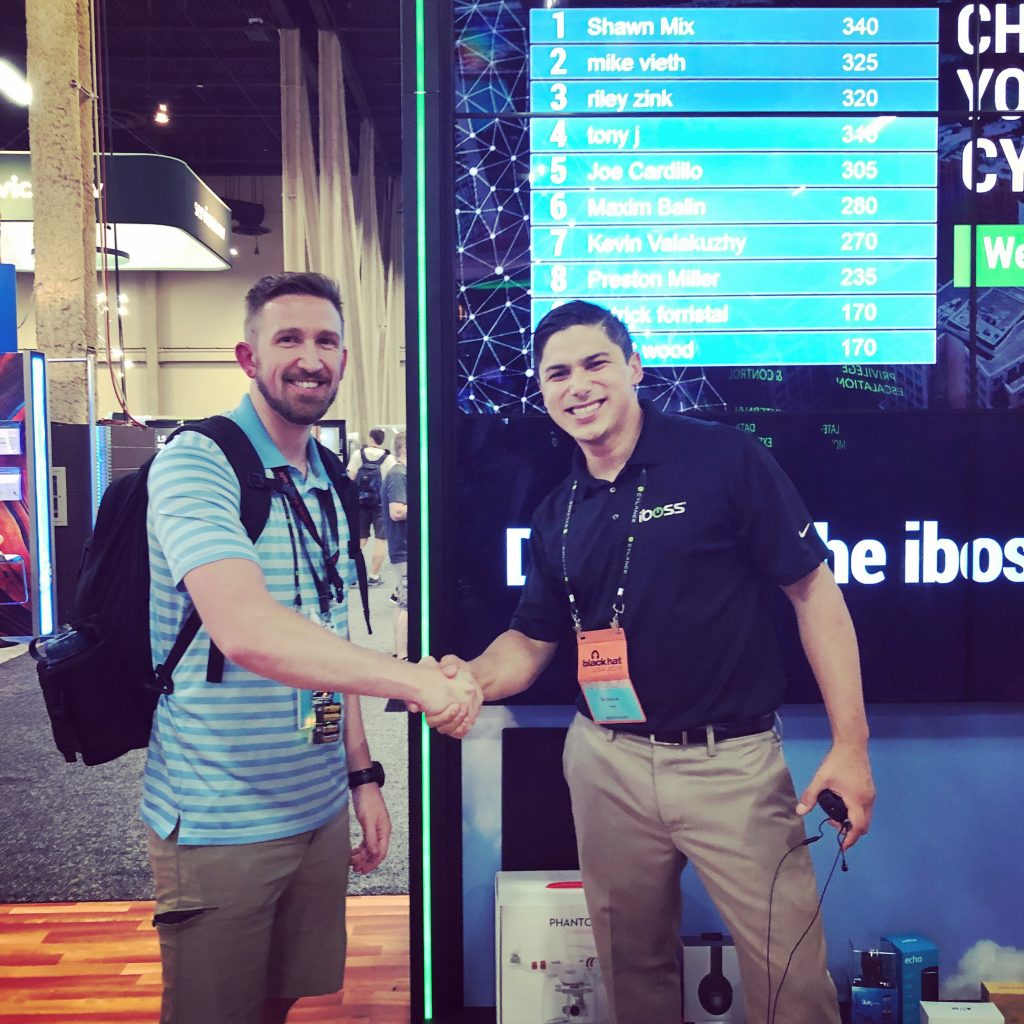 Why you ask would I do that? Well from a value standpoint the Phantom 3 Standard is actually older and while still brand new, worth less than an Oculous Rift brand new. The other benefit, was that they would ship me the Oculous, vs the Phantom I would take or have to wait like 4-6 weeks for it to be shipped to me (long story!). Good news, the Rift arrived from Amazon. Did you know you can return Gifts from Amazon for credit?! So technically I “won” a drone, that I actually bought from Amazon using the credit from the Oculous! So instead of getting an older larger drone, I picked up the newer DJI Mavic Air for about half price, out of my pocket that is!

So let’s take a brief moment and talk about WHY the Mavic Air. Everyone has lots of different reasons for buying different drones, and not all people have the same rationale, uses, and goals with theirs. For me it boiled down to a few specific goals:

Now I wasn’t “in the market” for a drone and honestly have never really liked them as is. The reason was they were just too big, didn’t last long enough, and were so expensive. Being that I had an option for a discount (aka less out of pocket), could get one that was portable, and had 4k and gesture control - I figured it’s worth a try. After only having it 3 days now though, I can tell you I think it was the perfect decision. I’m actually quite impressed with the footage that can be had in such a small package. The flight time still isn’t anything to be excited about, but ~18 min flight time times 3 batteries - it’s enough to get some really cool shots.

One of my side hobbies already is photography. I’m no pro by any stretch, but I do think I catch some great shots. Currently I have a Sony Alpha a6300, with a couple lenses. So I can get some great photos, but having a drone to be able to add into my arsenal allows me to take some even more amazing shots. Add in some great video options, and I get to really have some fun. Granted now I need to look into some more editing software, because let’s face it - iMovie was not cut out for the greatness that I’m going to want to create, but it may do for the first few weeks!

So now I’ve got a new hobby to add along with the photography and that’s to really start getting into the videography as well. I’ll probably do another post some other time on photography, my kit, accessories, and such. Leave a comment down below and let me know if that would be of interest. For now though, I’ll leave you all with some snippets of what I’ve captured with the Mavic Air thus far. I’m not claiming it’s anything breathtaking or fantastically amazing - but I think it’s pretty cool what can be done just within the DJI Go app itself, no big bad post processing software or anything!

So the first crash! Thankfully had the guards on. Tried to hit the cancel button, but missed on the phone screen - it basically stops because it hit the house!

A quick aerial tour shot I did of my neighborhood. It's a community still under construction hence the empty lots and dirt

So I wanted to see how well I could do flying indoors, so I shot some footage at the gym - I was actually quite impressed